Here’s a little something about me……
I was born in Evansville, Ind. and raised in Kenosha, Wi. A piano was purchased at age 3, lessons at age 5, and piano party tricks at age 10. (don’t ask) My dad was a well-known barbershop arranger and coach, so in addition to the piano, vocal music was everywhere while growing up. (The dye was cast … thanks Mom and Dad)

I began arranging while in high school on a dare from my choir teacher. (thanks, Kurt) Two years later I was at the University of Wisconsin-Madison, writing the entire show for the university show group, the Wisconsin Singers. That relationship lasted 15 years. I always say that’s where I learned to write. Even though I was always arranging and out on gigs with the “Singers”, I got my bachelors in piano performance from UW, studied 2 summers at the Aspen Music Festival and earned a masters degree in piano performance at the University of Texas-Austin. (thanks, JP) I moved to Los Angeles in the fall of 1979 where I began working on a doctoral piano performance degree at USC. That same year, I published my first piece of choral music with Jenson Publications. (thanks, Jim K.) It was after winning an international piano competition in Houston (yes, it was the Ima Hogg Competition) that I decided to write and arrange for a living and stop practicing the piano. (counter intuitive I know but hey … it’s worked out so far)
I was very fortunate to work steady from the get-go. Here are some highlights. I wrote and directed multiple revues for show rooms in Newport Beach and St Louis. I worked on countless industrial shows where I got to write, musical direct and conduct. (ABC, NBC, Disney, Hallmark, FMI and on and on…thanks, Jim B.) I opened the Union Station in Indianapolis with 4 different shows, wrote 2 different shows for Six-Flags that still play somewhere and wrote, arranged and played cabaret acts on the West Coast and in Las Vegas. (thanks, David and Jeanne) Two different touring shows I worked on for the Dow Corp. won awards from the public relations industry. For several years, I wrote and arranged the opening for the Macy’s Thanksgiving Day Parade (thanks John) I recently worked with Tim Janis, writing and producing vocals for his PBS Christmas special The American Christmas Carol.

In 2007, we made a move to the Monterey Peninsula and, while keeping all my LA clients, I immediately got busy in the Bay area. I arranged and produced the music for a crazy series of corporate videos for various clients that went viral in a big way. Our first project “The PCR Song” was nominated for best Viral Video at the Cannes International Advertising Festival. Click Here. It’s a parody on “We Are the World”.

While working on all these exciting projects, I slowly began publishing more and more choral music with a variety of publishers. In 1985, I published “Disney Spectacular” with Hal Leonard which began a 30 + year relationship. In 1989, I became an exclusive writer with them. Since then, I’ve published over 2 hrs. of music per year. I have over 3,000 items in print and over 30 million copies sold worldwide. (thanks Emily and Jesse) I’m particularly proud of my composer collection. (works by Berlin, Porter, Gershwin, Rodgers and Hammerstein) I’ve also been the exclusive arranger for multiple Broadway show publications. (Bye Bye Birdie, Rent, Guys and Dolls, Hairspray and the Producers, among others.) The original musicals for children that I write with my friend John Jacobson are really fun and break new theatrical ground in the elementary/all-school musical world. I also get to publish original works with Hal Leonard under my company name, Dachsongs Music. (yes, I own 3 dachshunds, or should I say, they own me)

In 2019, we made the move to the Palm Springs area. I still record and produce demos of all this work in Los Angeles and work with an amazing group of talented musicians and friends. (thanks, Andy) I’m also out on the road conducting, lecturing and giving workshops for music educators and young singers all over the country. I’m grateful to be doing what I love and to have loving people around me who support me.
But enough about me….. 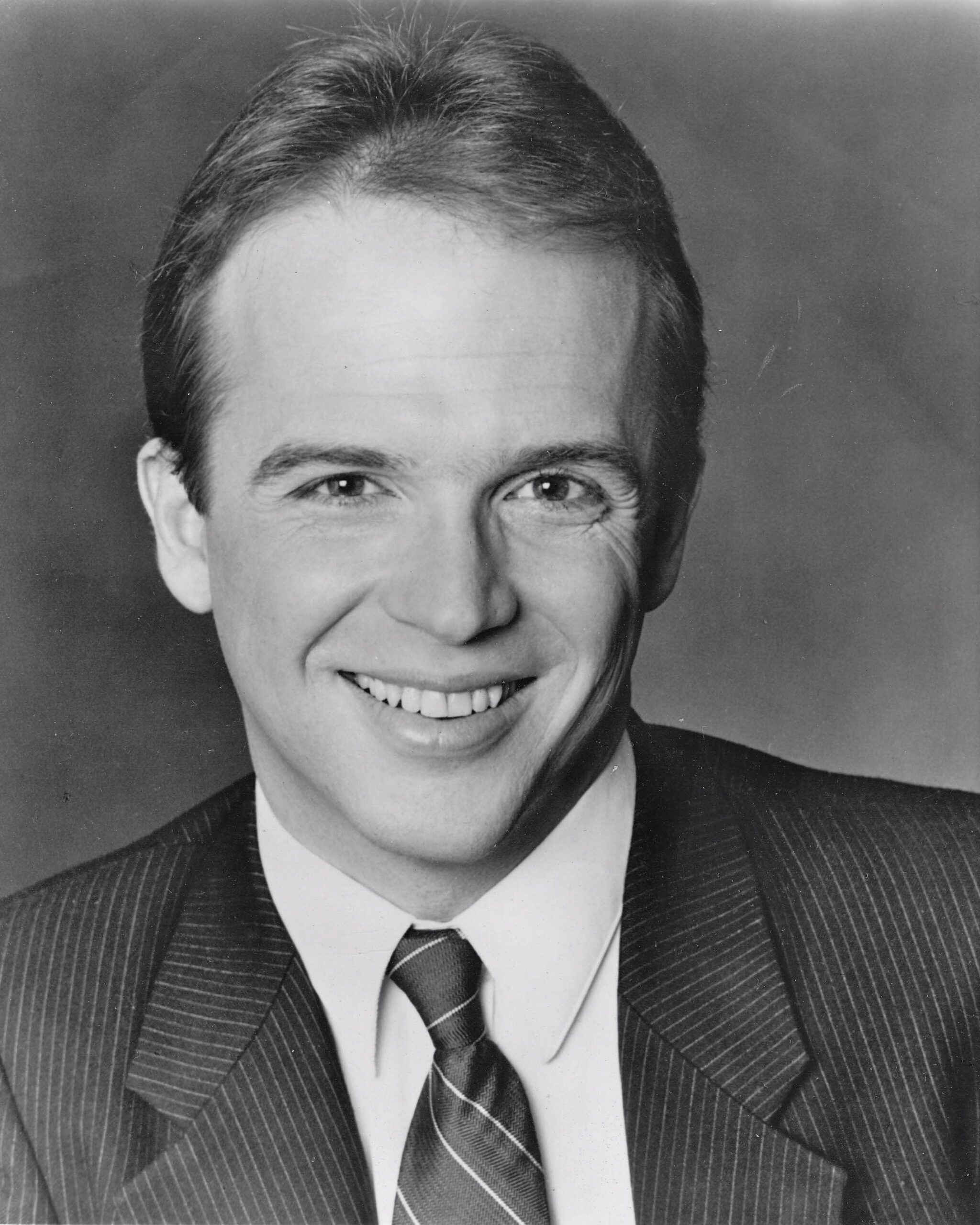 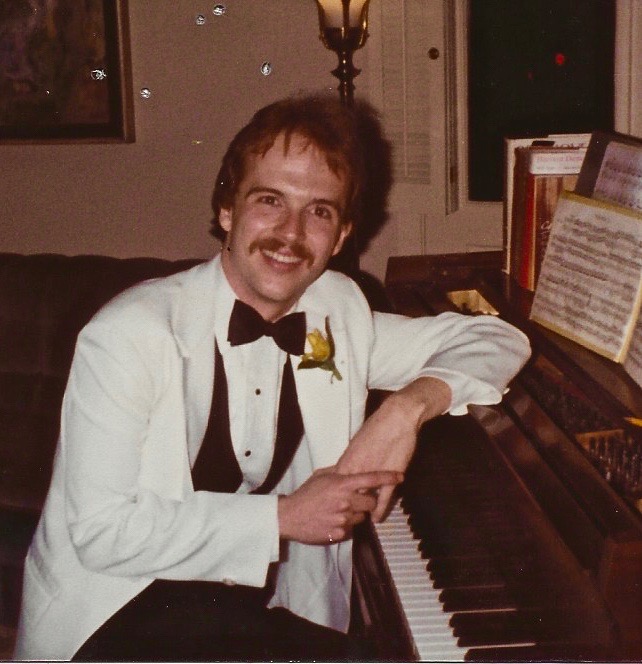 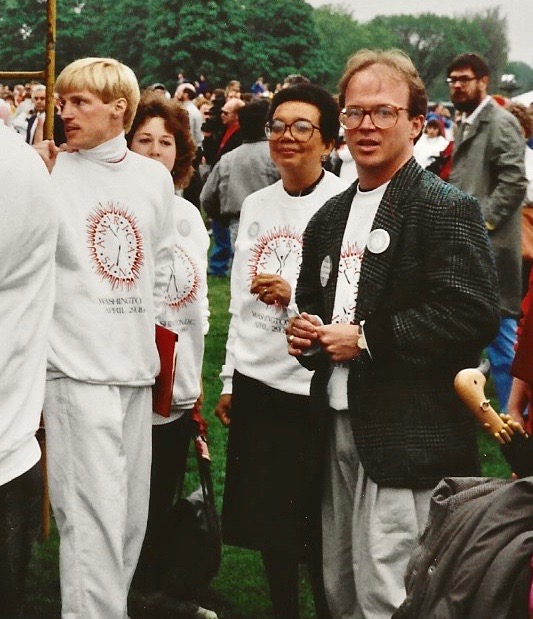 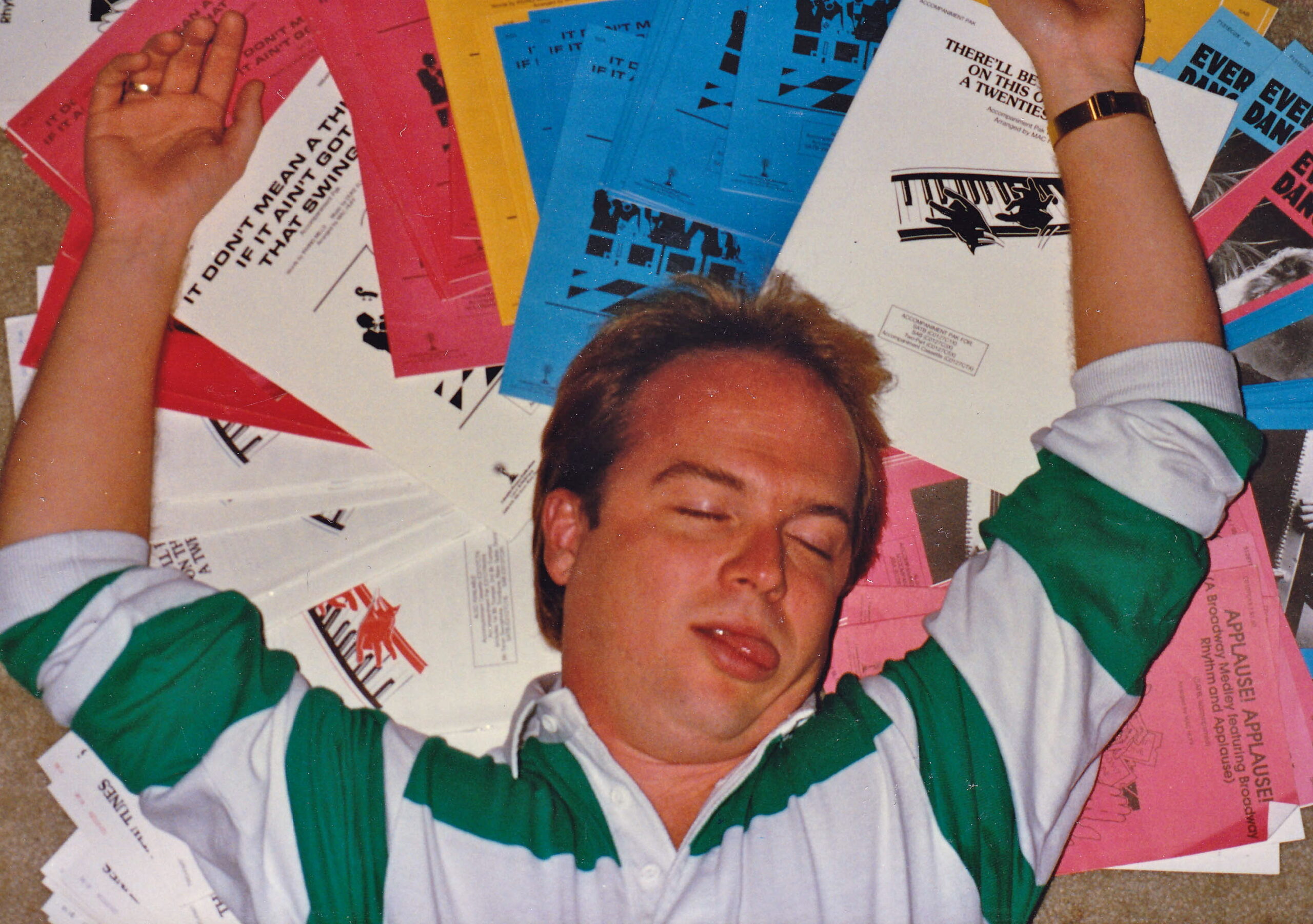